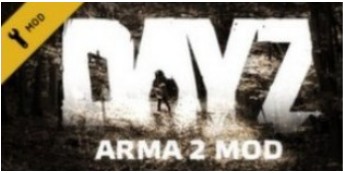 Leave your positive feedback after purchase and contact the seller TO GET second STEAM key FREE!

To install the mod Day Z is necessary to link http://store.steampowered.com/app/224580

Installation in automatic mode, no additional manipulations are required.

Everything you need (patches / updates) Steam will download your own!

Built on over 10 years of experience in game development, Arma 2 throws players into the heart of one of the most realistic military simulator of hostilities, demonstrating cutting-edge technology, extensive detailed landscapes and authentically modeled troops types of weapons and vehicles. In the non-linear campaign, developing, depending on the actions of the player, you can play either alone or co-op mode. In addition, the game has a huge selection of single and multiplayer modes.

27th Expeditionary Marine battalion arrives in Chernarus, beset by civil war; five soldiers from an elite group of fire intelligence "Blade" among the first to go into battle. Caught between the strength of the US Marine Corps and Russian troops, anxiously watched from the north, Chernarus is on the verge of death ...


Unrivalled realism: a plausible ballistics, dynamic weather and the environment.

More than 300 models of weapons, air, land and marine applications!

3 years after the conflict in Chernarus, near the Green Sea, a new hot spot. Coalition forces led by the US Army landed in Takistane. Try yourself in different roles in the US Army, starting with conventional infantry and Special Forces soldier, and ending with the pilot and crew of the tank!


New campaigns and scenarios for both single and multiplayer game

3 new large-scale maps in the region of Central Asia.

Dozens of new vehicles and weapons

A large-scale network game: join the major multiplayer battles, which can participate up to 50 players!

5 each buyer - leave your positive feedback

Instructions on how to activate Gift:


1. You need to download and install Steam http://steampowered.com/download/SteamInstall.msi (if not already installed)

2. Register a new account on Steam or go to an existing one.

3. The resulting link after purchase, you must copy and paste into your web browser, log in under your account Steam and take a gift to yourself in the library or add to your inventory.

4. After activating the game will appear in the list of games and you can download it from steam.